Realty sector masterminds say that when the market is stable, it is incredibly difficult to find out a property of choice. Why, because there are no sellers in the market. Who would like to sell a house, villa, or commercial complex when there is stagnancy even if there are buyers? Thus, volatility of the market is a boosting factor from the turnover point of view.

Property market of the UK has gone through exactly similar crisis last few years. There was complete stagnancy and people were waiting for a good boom. The year 2014 started with a movement and by the end of the year, it took a great momentum. The year 2015 starts with a great note and the first quarter brings cheer and smile on the faces of everyone who is related to the British realty market. There will be more money coming in and more people deal with properties. It is a great sign for the economy.

Market gurus say there is a lot of excitement waiting for you! 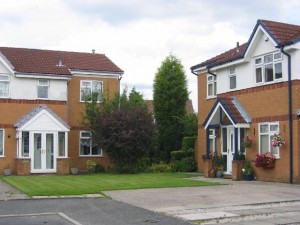 The year of 2015 has a great potential.  The first quarter was quite thrilling. It was followed by eventful general elections which will have a long-lasting impact on the country. Since buyers and sellers were keeping mum last few years, there is suddenly a great momentum everywhere. In fact, it was so prominent that in some areas like Yorkshire there was a shortage of middle and top class properties at the beginning of 2015. Even properties in the range of 40K GBP to 60K GBP were also not available.

What is the situation at the top of the pyramid? Well, there is always a less space at the top, but current market situation says that there is an absolute shortage of properties that cross One Million GBP mark. Some experts think the tendency of keeping the properties off-market prevails on the top. Property owners do not make them public. There are various options available if one goes through personal links. Why is such tendency there? Because people think that a further premium can be expected by not opening the properties for sale.

People were waiting for the new government to get elected and stabilized. However, now the results have been announced, and there is no change in the power, it is expected that many properties that haven’t been visible so far will be visible in the open market.

Will the ‘Mansion Tax’ reshape the market?

There are many speculations about the so-called ‘Mansion Tax’ that is expected very soon.  Properties worth more than 2 Million GBP would attract a four-tiered tax. Though the bifurcation isn’t known yet, there is an assumption that a property costing more than 2 Million mark will attract at least 250 GBP tax every year.  For further expensive properties, the tax will be more.  It is needless to say that people who want to sell or buy properties in such a high range would like to delay the transaction till the clarity arrives.

There is another dimension to the tax regime. It is expected that there will be alterations in the Capital Gains Tax liabilities for overseas owners. They will be aligned to the UK Nationals so that there is uniformity in the tax structure. Hence, there will be an increase in the prices. Economic experts feel that this tax would put an additional liability on a small segment of the market. Moreover, it will put an extra liability when an overseas buyer sells a property. Therefore, the new bill won’t have any impact on the realty sector as a whole.

The new government has taken over. How will it affect the property market?

As the last result was announced on 17th May, it was clear that the Conservatives have proved their strength once more. It is a good sign for the realty sector, as some market gurus say. According to them, we can expect a good time for residential and commercial property in the coming days. It not only boosts the sentiments of a common investor, but creates positive waves in the overall economy. It is said that there will be a good time for domestic and foreign investors and they will get a handsome return in the coming years. Not only long-term investors, but short-term quickies can expect good profit. The commercial sector has seen a good time since the beginning of 2015 because the first quarter has been quite enthusiastic; there is no reason the surge will subside in the coming months. Rather, it will belligerently move upward.

What is the key business driver?

Return on Investment in the realty sector has been quite overwhelming last year. Hence, there are positive vibrations in the market. Similarly, there has been a growth in the business sector as well. Hence, people have spare money to invest. No wonder, property investment showed a steep surge in 2014. The year of 2015 also started with a strong sentiment and the victory of Conservatives adds some more fuel to it. As the business expands, there is a need for bigger and better office premises. People search for premium properties and ready to pay extra if the property is worth. Since there are buyers, sellers also bring modern properties with state-of-the-art facilities. Thus, there is a cheerful mood everywhere.

Economists draw a rosy picture of the country’s economy in the coming years. It is expected that there will be a considerable growth in the circulation of money which will be well-supported by a drop in inflation. Also, the employment situation will also improve. Thus, people will have more earning and less expenditure. Quite obviously, there will be more money flowing in the realty market.

Since many people suspended their deals due to elections last year, the deferred requirement will be cleared this year. Commercial and residential market can see major project appearing at the horizon. As the first quarter ends up with a big figure of 17 Billion BP, the remaining year looks to be thrilling and exciting.

This entry was posted Friday, 29 May, 2015 at 7:09 am
You can follow any responses to this entry via RSS.
Both comments and trackbacks are currently closed.