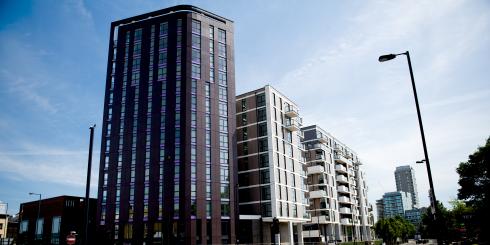 It is said that it will not only bring good growth in the real-estate market but also help in strategic regeneration. The housing supplies will also get affected because of it.

Everyone knows that London requires more homes because there is a crisis for accommodation. In fact, it is a situation in the UK as a whole.

It is said that the policy is going to address most of the problems the country is facing right now about housing and real estate. Still, some people feel that the policy will not be able to address all the issues immediately. Also, it will not answer all the questions.

To address them; there is a need for the whole spectrum of measures; new and innovative building designs, intensification of small infill sites and changing the perspective of housing.

It is inevitable to increase housing density in London and outskirts

Since the pressure on the housing stock in London is increasing, the only solution is to increase the housing density. At the same time, care should be taken to keep it optimal.

For that, the policy framework should be used for steering it further. The government is working in this regard by proposing a new look draft London Plan Policy to optimize housing density.

This plan replaces the earlier one. In the new draft, the most significant change is the removal of the Density Matrix which was the common feature earlier.

It is indeed a marked shift in the GLA’s approach and a qualitative approach. The draft is based on six different studies that helped in shaping the final strategy to density.

What are the key strengths?

The density matrix was developed as an indicative tool and not for prescriptive use. However, it dominates the policy approach due to the numeric simplicity offered by it.

Even in the dense developments that are beyond the matrix maximum, there are no inherent issues. On the contrary, such developments are quite popular amongst the residents.

Specific site-based aspects are considered in the new policy draft to make it a sustainable residential development.

For that, it is vital that access to the services and proximity is considered. The property supports existing and planned infrastructure like public transport.

People who are advocating the removal of matrix say that it failed in delivering the key performance indicators. They insist that the matrix need to be evaluated on the merits and demerits in finding out the developmental densities.

There is one more point of discussion. Places such as London are not emerged recently. Hence, the numerically driven policy may not be appropriate there. It is applicable for new towns where the development happens from scratch.

The strengths and weaknesses of the policy will reveal after some time. Till then, it will remain a bone of contention.

This entry was posted Thursday, 25 April, 2019 at 7:53 am
You can follow any responses to this entry via RSS.
Both comments and trackbacks are currently closed.